Scroll Down To View more ⟶
Ernest Hill Wines is a family run boutique winery located at the gateway to the Hunter Valley’s famous Pokolbin District in NSW, Australia – just a short drive North of Sydney.

The Vineyard was originally planted in the late 1960’s, early 1970’s by Harry Tulloch for Seppelts Wines and was later renamed the Pokolbin Creek Vineyard. The Wilson Family purchased the hill top part of the vineyard in 1999 and renamed it Ernest Hill Vineyard. The front vineyard is 16 acres (6 hectares) and has four varieties of white grapes – semillon, chardonnay, verdelho and traminer and two red varieties – shiraz and tempranillo. This is supplemented by 8 acres (3.2 hectares) of shiraz, merlot and chardonnay leased from the next door vineyards at the back of Ernest Hill.

We commenced making wine in 2002 under the Ernest Hill label. These were the Cyril Semillon and the Alexander chardonnay. We added a verdelho, gewurztraminer and shiraz to the range in 2003. In the 2004 vintage we added a late picked semillon. Since then the range has been expanded to include two Merlots a reserve Shiraz and a Moscato style dessert wine. 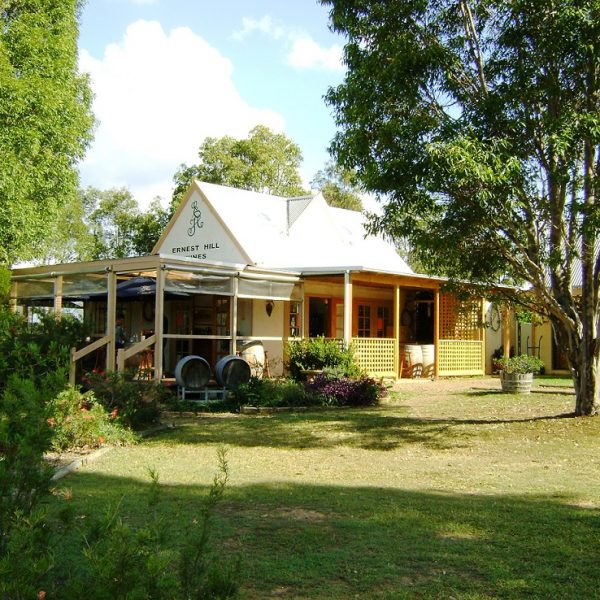 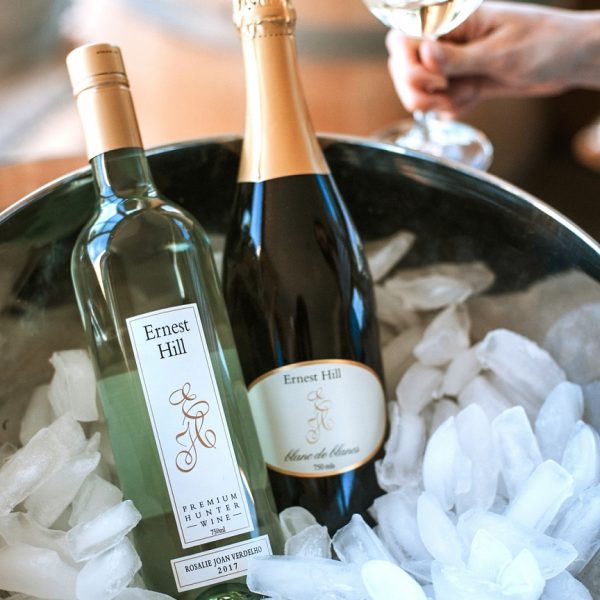 Ernest Hill is to produce PREMIUM estate grown Hunter Valley wines. Our focus is to produce top quality wines and we achieve this by the following methods:  the majority of our grapes are hand picked to ensure only the best bunches go into the wine and our blocks are deliberately cropped low to ensure less bunches, but of better quality fruit.  We do not pick every block each year to keep our quality control.  This ensures blocks are only picked in years that we feel the fruit is of above average quality.  Otherwise it is either dropped on the ground or sold off to larger producers.  The best parcels of brand new oak are procured each year for our chardonnays and William Henry shiraz and our family named wines only use free-run pressings.  All these little steps we take, we hope add up to giving our wines better varietal character and most importantly flavor.

In July 2004 we opened the new cellar door facility and commenced trading 7 days per week. The cellar door comprises an air conditioned general tasting area as well as a VIP Club Members room. A second ‘alfresco’ tasting area was added in 2007 to accommodate the increasing number of visitors to Ernest Hill.

Our facilities are situated on a hill in the vineyard with commanding views of the Broken Back Ranges and Lovedale.

We look forward to having you come and visit our Cellar Door and taste our premium wines that are only available at the vineyard. 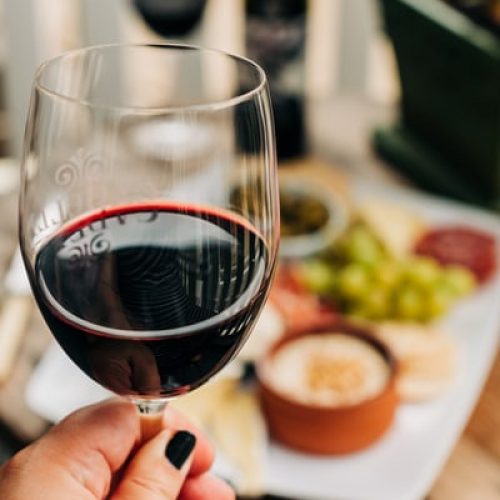